Rosa Bonheur – The Lion at Home

The Lion at home was a painting (http://uploads4.wikiart.org/images/rosa-bonheur/the-lion-at-home-1881.jpg) in the gallery that really captured my imagination and made me think about size, position and style of images on the web.

The image was centred as you walked into the room, the gold frame was magnificent and instantly drew attention to the grandeur. The second image is again just to show the scale of the image I thought about how the scale of it helped it become the centre of attention within the room, and I set out to look for examples that were like this on the web.

Beats (http://uk.beatsbydre.com) was the first example I found on the web, their homepage featured a picture of the headphones they offer in a range of colour, take up about 50% of the webpage. 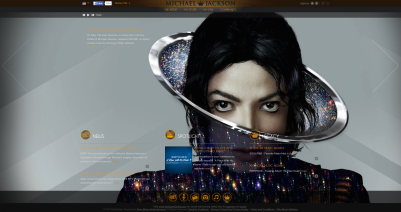 Another example I found was the website of the late Michael Jackson (http://www.michaeljackson.com/us/home) who’s image takes up the entirety of the screen while the text overlays the image. A common theme I have noticed across the sites I have viewed is that the images tend to be the main focus of the website while the text/content seems to to be additional information that compliments what is already there. There is a lot of negative space, and here is another great example of the negative space.(http://www.starbucks.co.uk);