There are four artists that I came across in my research stage and I thought it was important to look at their work before I went out and took my own images.

The criteria of my brief? A collection of images that equally promoted the old and the new around Hull. Something that could be used in marketing of thew freedom festival in 2017. I was interested in black and white photography of architecture because by removing the colour there is instantly more focus on situations, sceneries, objects and people.

Ellen Fisch was the first person I came across during my research. Her compositions are interesting as they use leading lines to make the user look at the focus of the image, which was generally not shown in the image, this was interesting as it attracted the viewer to something that isn’t visible in the image. You can see this in these three images below. This is something I believed was worthwhile noting for my photo shoots. 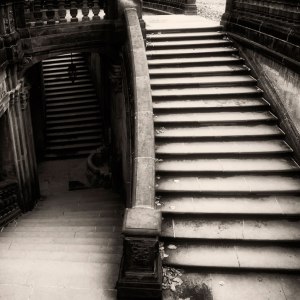 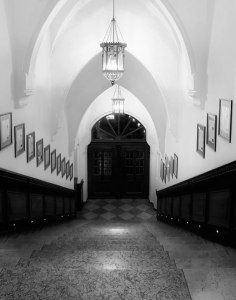 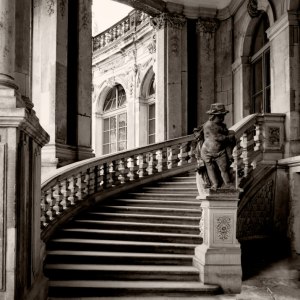 Joel Tjintjelaar images are really good, I found them a very helpful part of my research and you will see very clearly how he has effected my work. The images were shot in a way that they became abstract due to the fact that they have been taken in an unusual way. Joel is also another photographer who presents his images in a square format. So the lessons I have learn’t from Joel is that taking abstract and unusual images using depth of field and leading lines pays off, and that presenting your images in a square format works well. 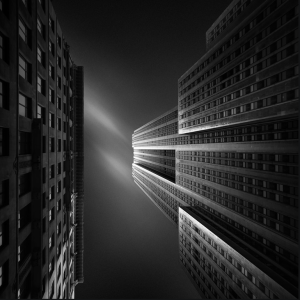 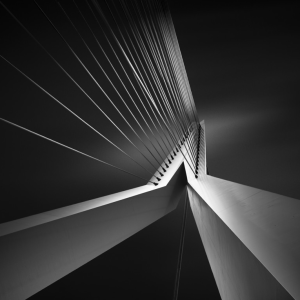 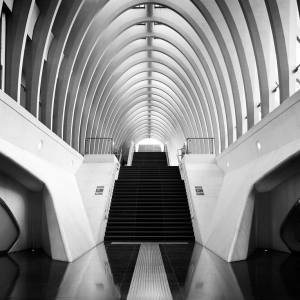 David Gutierrez was next with a mix of styles. While choosing not to create square photos, there are clear depths of field in these images. Two of the images use leading lines to create interest while the other focuses more on framing the image. You can see them below. 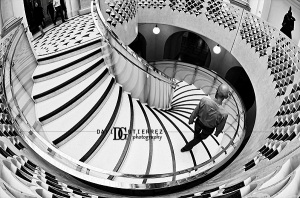 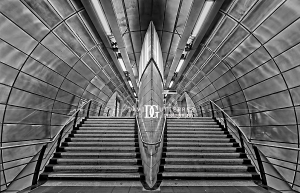 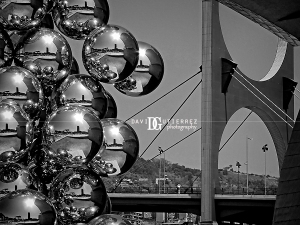 Kelly McCann chose to mix between landscape and square format images, she uses framing in the shot of chapel, and she also uses the rule of thirds in the images to allow the viewer to get a sense of perspective when looking at the images. These images work really well and will influence my work. 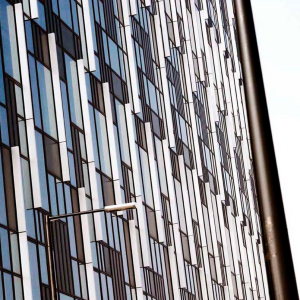 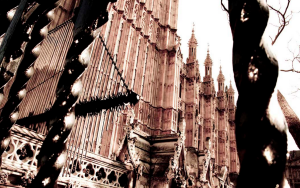 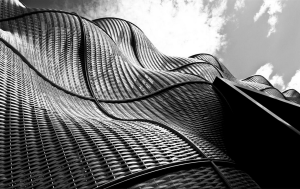 Cameron Nielson has an interesting take on his architecture which he has branded as ‘straight up’ where his signature is that he just points the camera straight up and shoots. He ends up getting some interesting photos that show the the skyline of the building whilst also capturing the sense of scale with field of depth and leading lines, as we all stand street side look up, this is something every viewer can relate too. 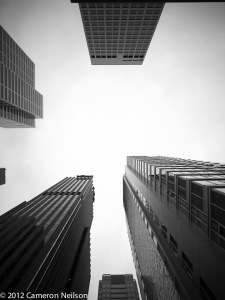 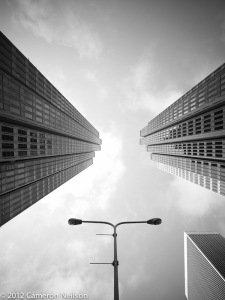 I believe using leading lines to draw attention to the focus point of the image works well, so I will be using this technique, I also like the images being square as I think it allows for a constant size, which is the same for all images, making it more about the content than the shape.