I wanted to make some final adjustments to the shape and design of my logo based upon some theory and design principles that I researched.

The main adjustment that I felt was required was to get the logo to work within the parameters of the Fibonacci Sequence, something I had earlier found in my research that was used you in a lot of iconic designs of today, and something that appears across nature from something as small as dragonfly wings to the incredibly colossal like the universe. I started by opening my logo design in Illustrator and importing the image of the Fibonacci Sequence spiral which is this:

The first step I took was to create the curvature of the graph so I rotated the FSS (Fibonacci sequence spiral) and lined up the corners then removed the irrelevant sections. You can see that here:

Next step I created two replicas of the graph and then resized them so that they were in line with the two lower lines, I have circled the points in which they cross below:

With the logo redesigned to fit the FSS, the next step would be to size and scale the elements of the logo including text to give it a proper hierarchy. I rotated the FSS and made the graph fit within the square at the top, next was ‘AKB’ so I resized the text and adjusted the letter spacing so it fit within the height and width of its box which you can see below:

The next step was to do the exact same with the design but this time I chose one of the small squares to give ‘AKB’ more importance within the hierarchy.

The very final step was to arrange the elements so they were in order and had the correct hierarchy. Once again this was easy as all I had to do was rotate the FSS and used the two smallest squares that meant the elements were equally spaced out to give the correct amount of space and improve hierarchy, you can see this below: 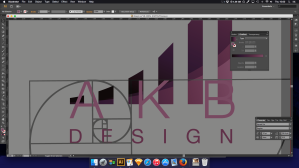 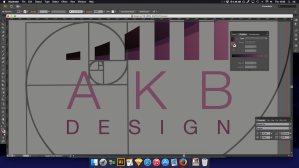 One point I haven’t discussed so far is some of the colour theory within the logo, obviously I have previously written about why I have chosen this colour set, but I haven’t discussed the colour arrangement within the logo. The basis of the logo is meant to somewhat represent a graph of my performance as a student at Hull College over the entire 3 years. There are six bars because there are 6 semesters for the entire web design course I am studying, therefore the logo represents the quality of my work whilst at college. The two lower sections I have added in have been applied with a lighter shade of purple, this is to represent the competition I will face as a web designer and that is why the two front sections are lower down because it would give the indication that my work is of a much better standard and quality. Again the front sections are lighter for a couple of reasons; firstly it adds contrast to the logo and secondly in the sense that it is meant to represent the competition, the front two sections are a lighter purple whereas the back section (which would in turn represent my work) is in a black to dark purple gradient which would indicate power, authority and elegance over the other competitors within the market. Below you can see the old (on the left) and new version of the logo (on the right). 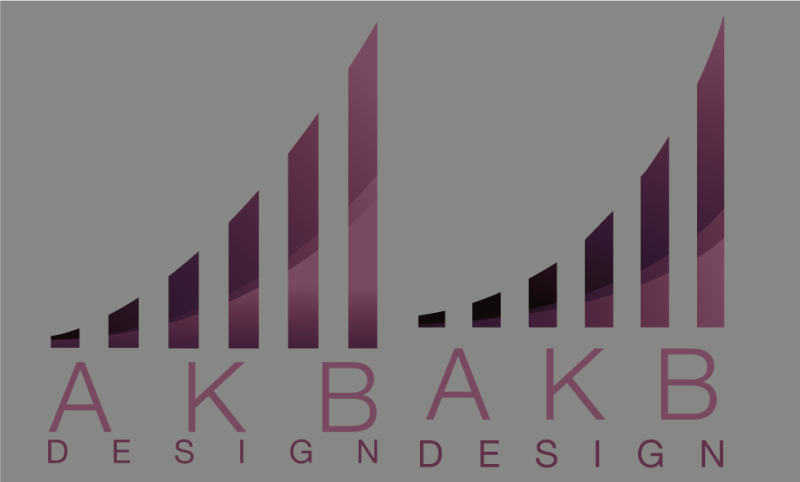