Choosing the name was a little tricky, because I needed something that matched my project and it’s aims, was understandable for children worldwide and had a domain available that matched it. After going through lots of names that worked but had no domain available, I eventually found frog voyage which was free.

I started very simply, with center aligned text, one a different colour to the other. The font, DoubleBubble was used because it included a text border, as in my logo research, this is something I wanted to use 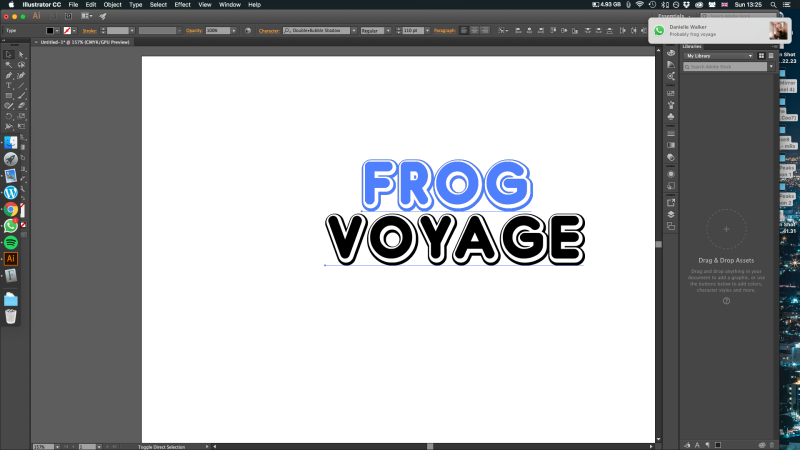 Next I played around with the formatting of the colour. I wanted to use green as it is the most common colour for a frog or the colour of the lily pads it sits on, blue as it represented the water that frogs can live in, and white as pychologically it represented cleanliness and saftey.

I continued working on the colours chosen with a different artrangement 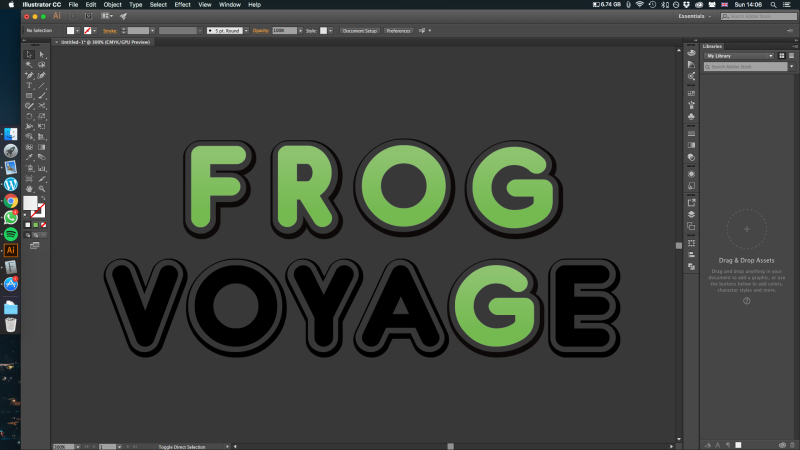 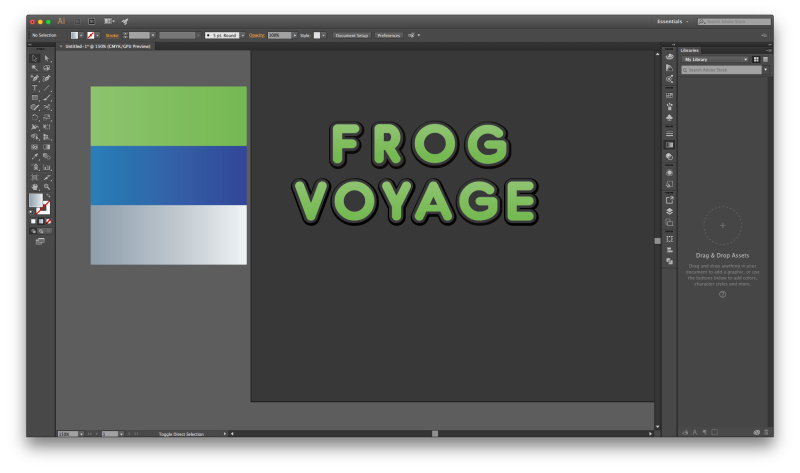 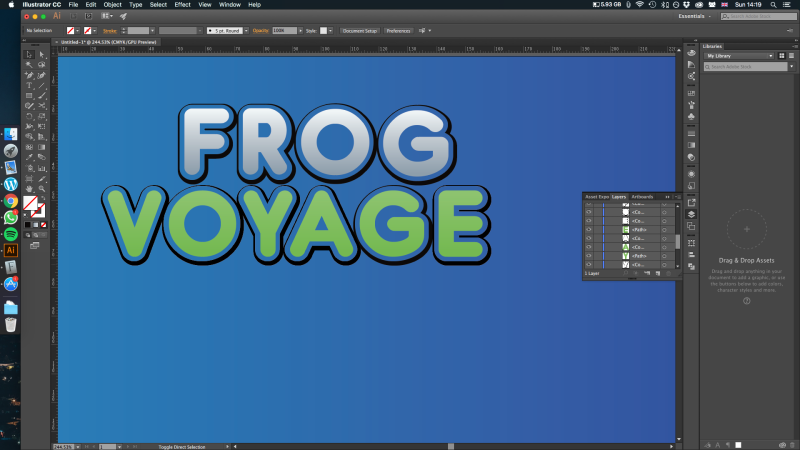 It was at this stage that I was happy with the basic layout of the logo, I just needed to work on the sizing, layout and typeface. 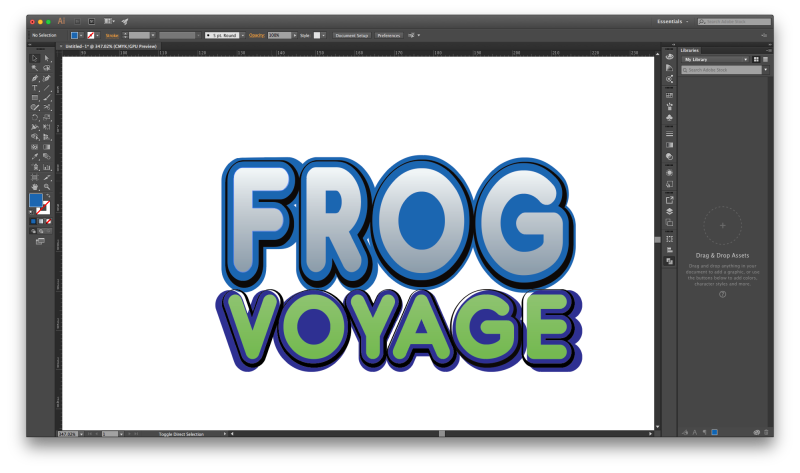 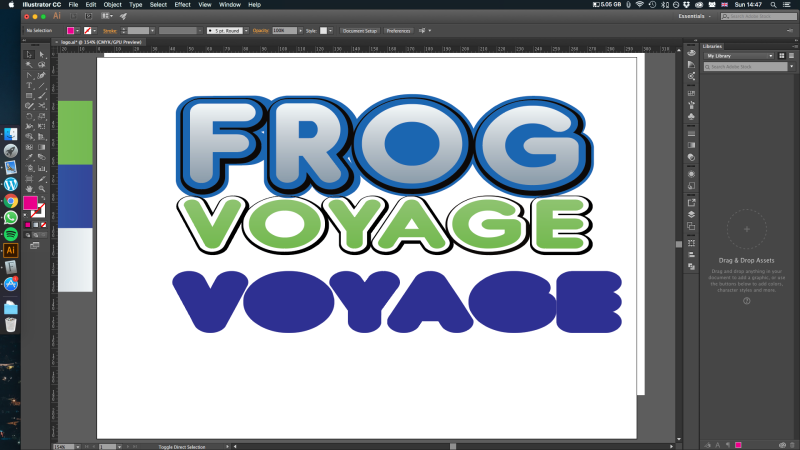 Now, kind of happy with the layout, I thought it was time to sizing it in accordance with the fibonacci sequence 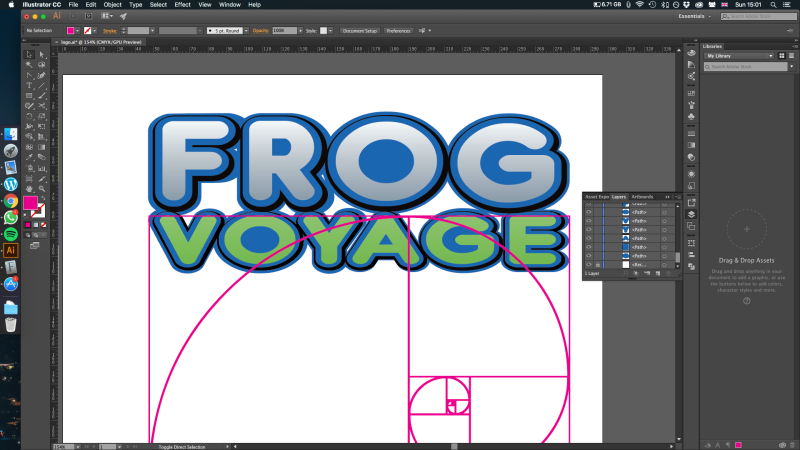 It was at this point I realised the typeface just wasn’t going to work, especially with the background colours of the text. Therefore I found a more fun font that didn’t include the text border so that I would be able to add my own. I continued from where I was already at, I started sizing the letters to match exactly in size, and worked to the size of the fibonacci sequence. 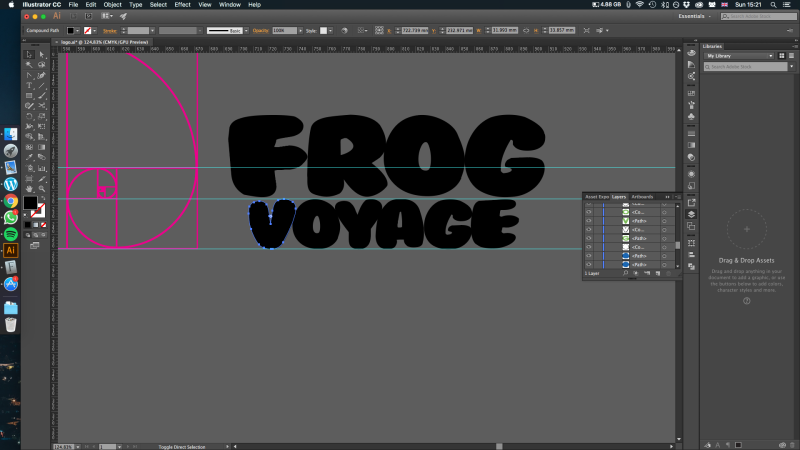 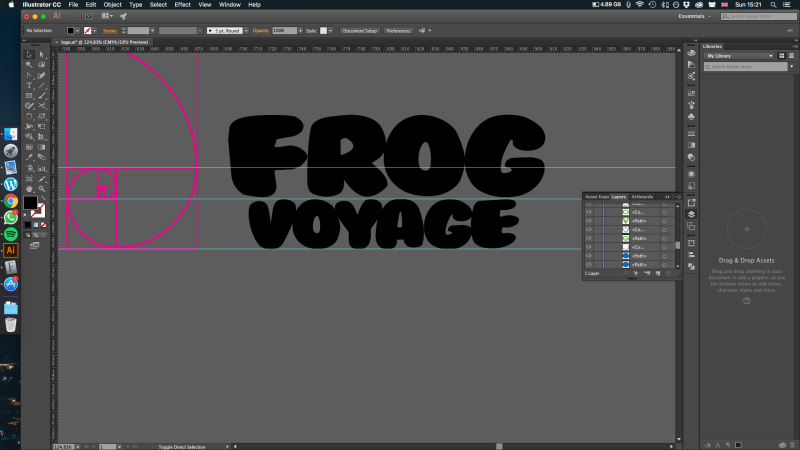 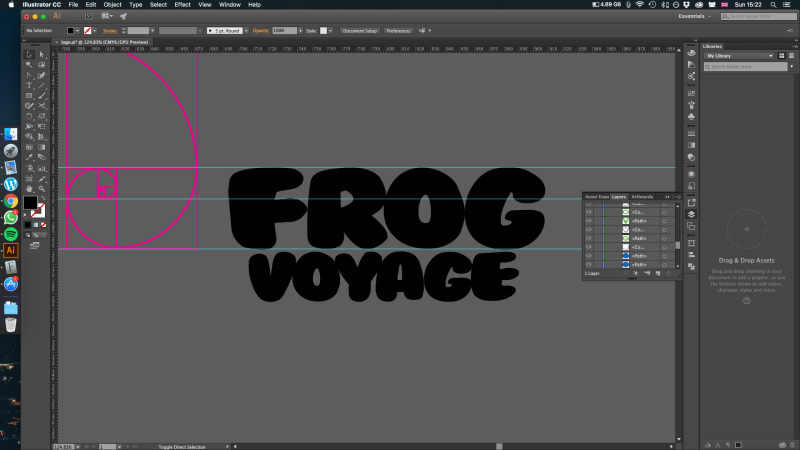 At this stage I was happy with the layout of the logo so I started to add colour. 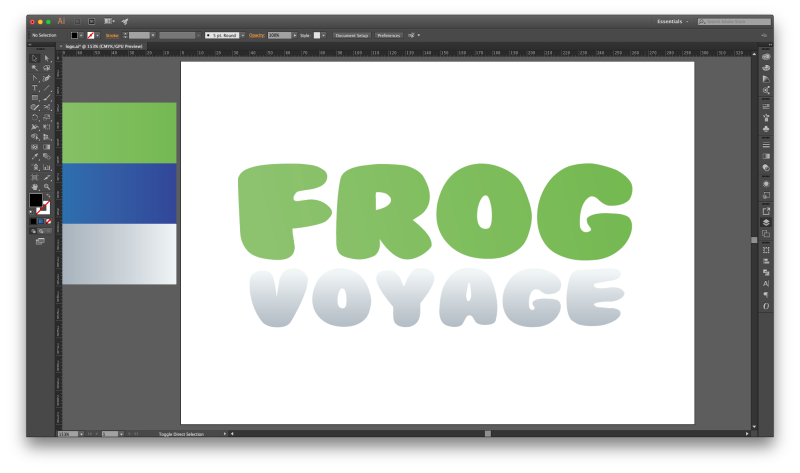 Then once I was happy with the colours of the logo, I started working on the text border to allow me to come up with the following logo; 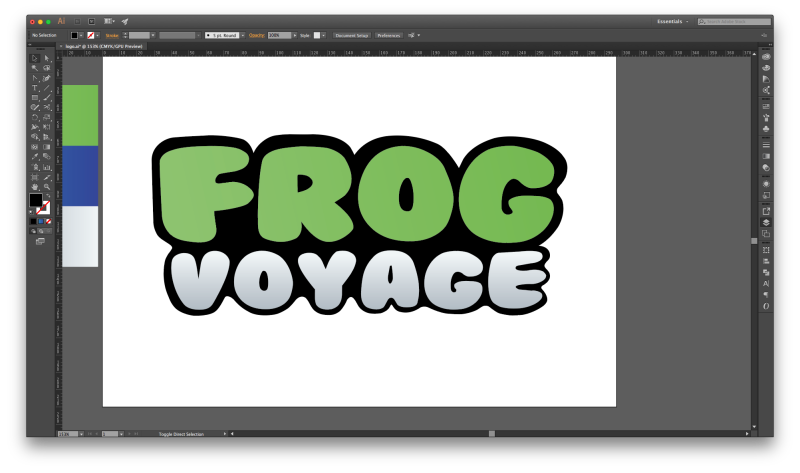 It also relates to the princess who kissed the frog. This is perfect because it also helps the parent relate as they all know this story. Deeper pyschology meaning that they are still young, and that they can transform themselves into someone much better with the knowledge of culture and languages that the site will provide. 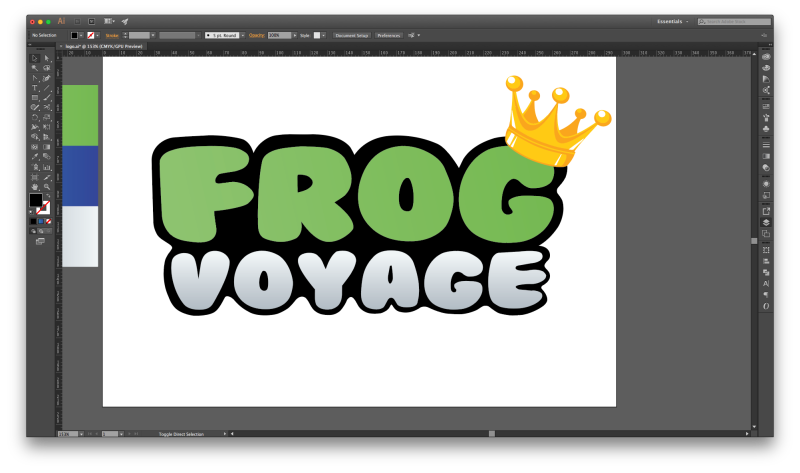 Conner: “Overall, I like it. The main thing that is bothering me is the stroke weight on “Voyage.” Your outline is a good opportunity to ground separate pieces of a logo together. Since “Frog” and “Voyage” are different sizes and colors, using a consistent, even outline can help to show that they are part of the same object”.

I’m not sure if this will work in practice, or match what you were trying to accomplish, but it might be fun to play around with the crown being an object in 3D space. You’ve got some extra lighting on there, but how does it physically sit on the logo? Does it cast a shadow? Things like that may give it some depth, but be careful to not let that unbalance the logo.”.

Joshua: “Overall I like it, but… the black outline follows the letters to close, especially at the bottom, I feel like it would work better if it wasnt so jagged up and down, but smoother. The crown seems tacked on, either flatten the crown by removing the highlights, or add highlights to the words to make them 3D”.

Ian: “The ‘E’ at the end is kinda bothering me, the middle ‘prong’ seems to be bigger in the middle than it is where it joins the vertical line, which looks a bit odd. Maybe make it a bit more rounded?. The crown would be nicer if it was simpler. Apart from that, great job!”.

This was all great feedback that i wanted to implement into my logo to make it as good as possible. The first step was approach to turn the crown from a 3d looking object to a 2d object, I did this by removing the reflections and changing the colour palette. I also added a subtle shadowcast from light to indicate it an object placed on the logo, much like the customisation of the characters; 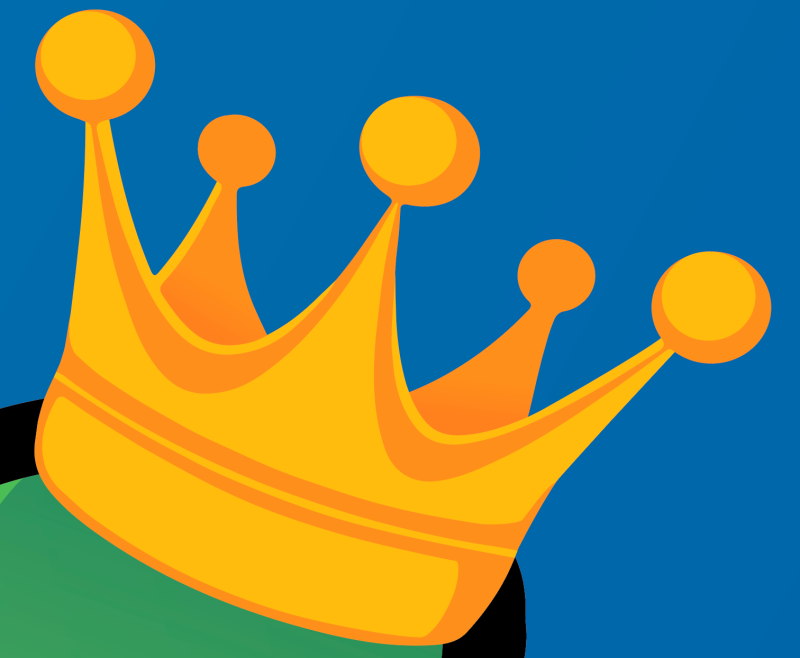 The next  step was to tackle Connor’s point of having an even outline, I tried used shapes; 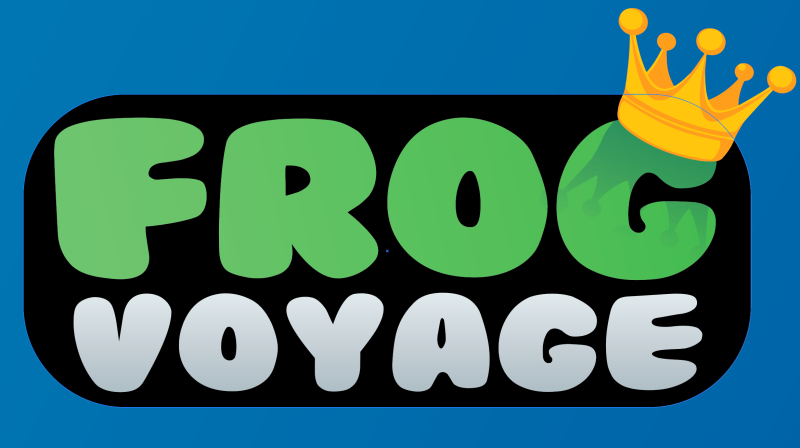 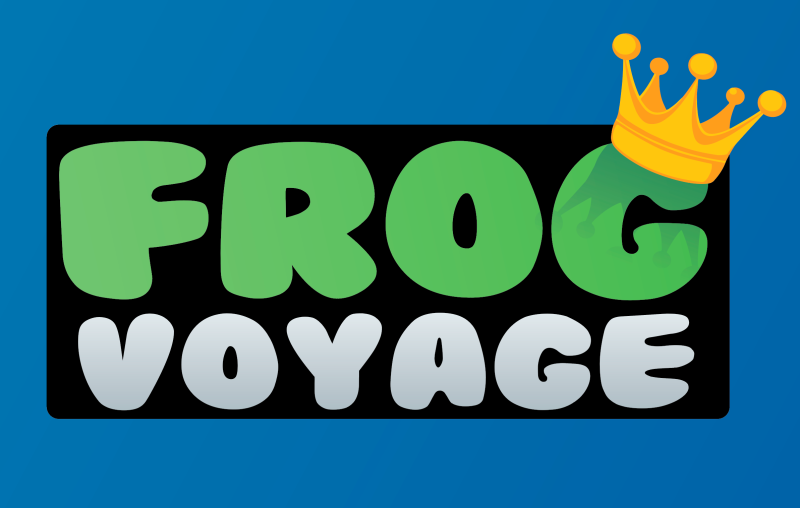 But felt like this wasn’t in keeping with my initial research and feel of the branding, so I switched to a more aligned outline. 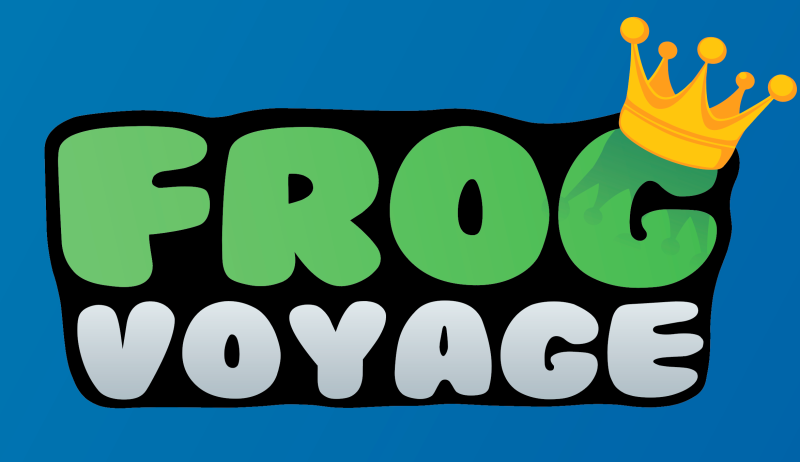 Next was to make the crown feel more at home on the logo. I did this by making it scentral, rather than having it off balance and making it look like it could fall from the top of the logo. I also played with the size of the crown and it’s angle using the fibonacci sequence. You can see this here; 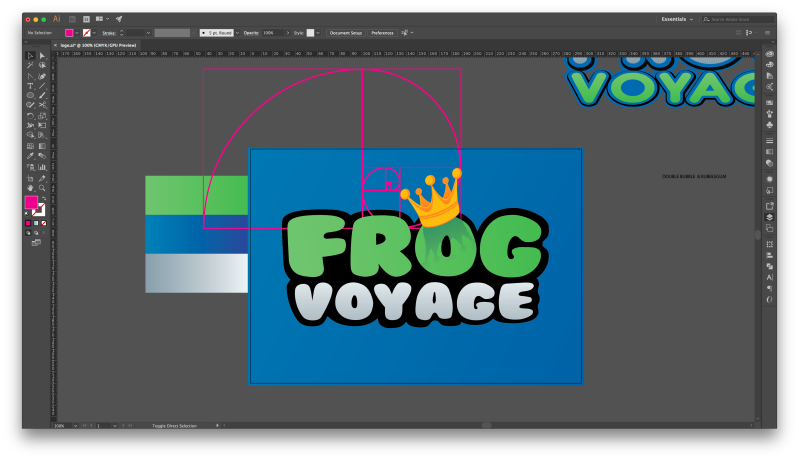 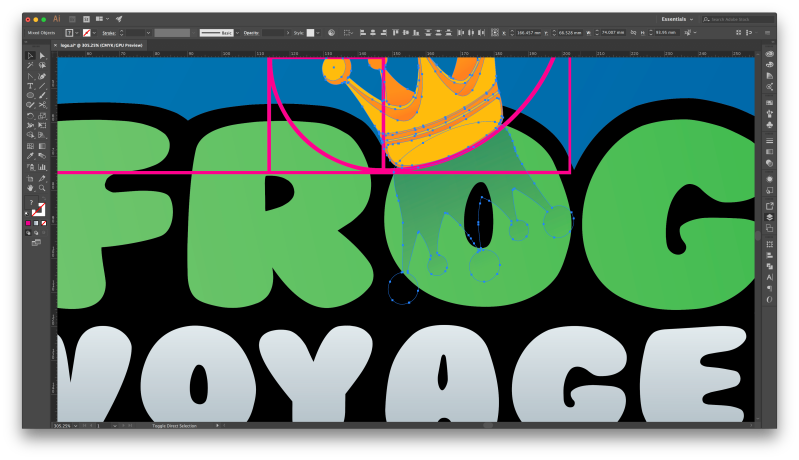 This gave me an almost complete logo; 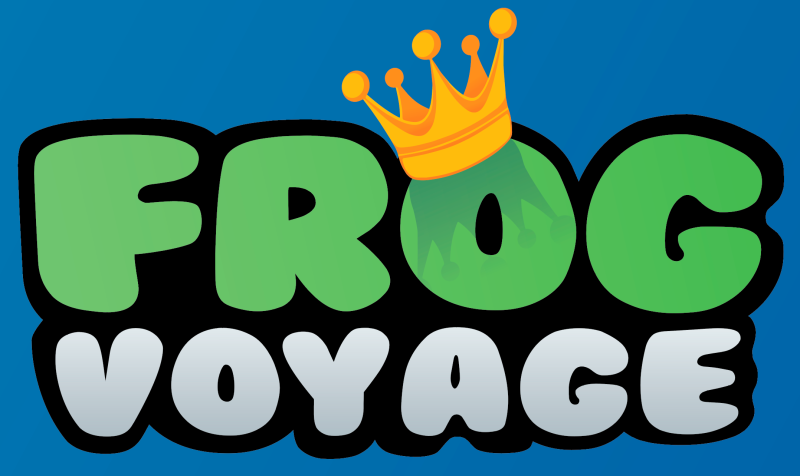 At this point I had attempted to remedy my commenters feedback and decidedI was happy with the logo in shape and layout, there was just a slight issue that I felt like I needed to remedy. Colour and Lighting. If the crown was casting a shadow then it meant that there should be lighting from the top left that would effect the colour of the logo too. Therefore I felt it was appropriate to update the colour palette and shading on the logo to reflect the effects of the lighting. With updates, I was finally happy with my logo,  this is the final version of my logo;