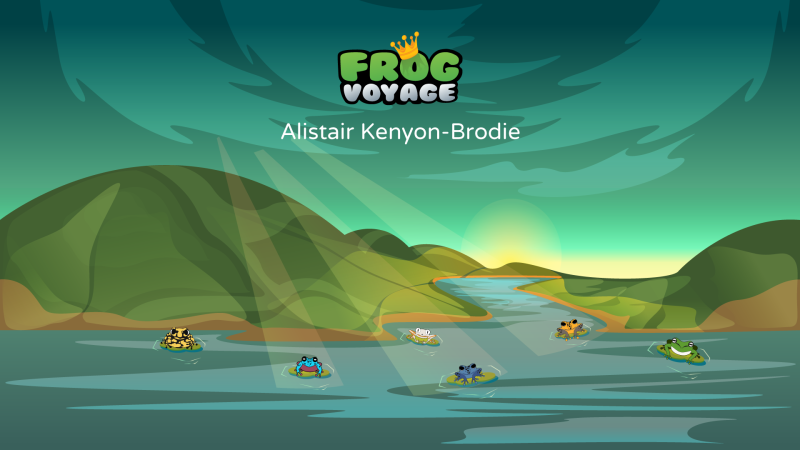 The idea behind Frog Voyage was a website that would encourage kids between the ages of 8-12 years old to learn about other languages and cultures. The best way they could that at the moment is by using a combination of Instagram, Google Wikipedia, Yummly, Facebook and YouTube. These services and content can portray a country in a certain way that follows the ideas of the content developer. This can mean the kids will sometimes read bias information, which is not ideal. Frog Voyage was initially concieved to fill this void. 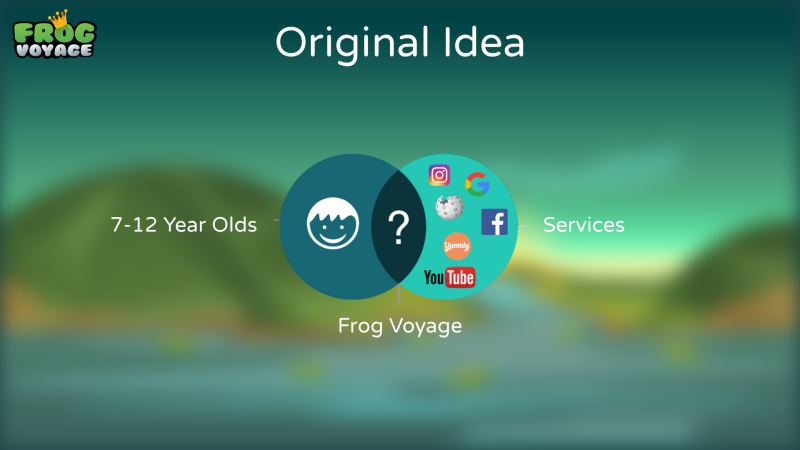 When the original idea was concieved there was many different aspects to it that meant there was a lot of confusion about what the future held, this brainstorm is available to see here; Ever since I started the project people have always asked why I chose frogs as the character, the idea is that frogs are one of the only animals that exist in every since country worldwide. It also allowed the user to have a distinct connection with nature, the benifits of which are listed below. 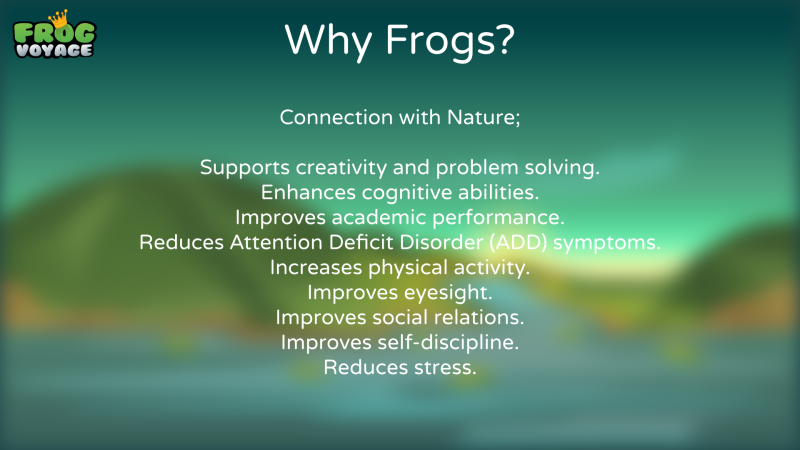 The next part was to overanalyse every section of what my subject was meant to be. This meant the sections below were all researched and acted upon within my subject. This development has been documented on my blog throughout the year. 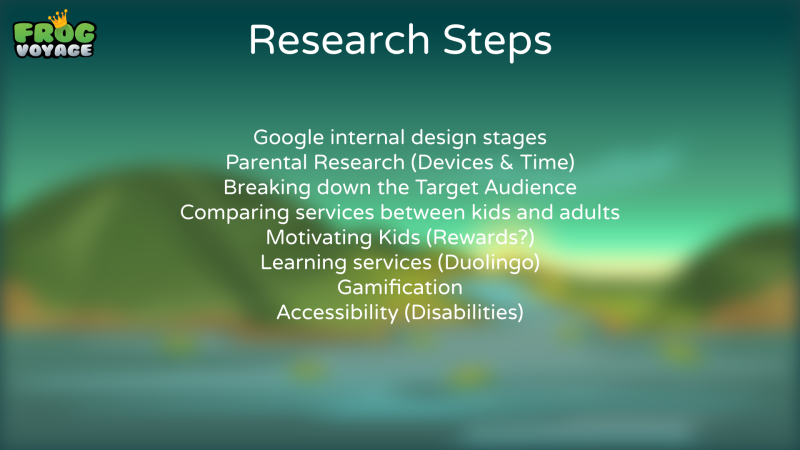 You can see below how my brainstorm was higely reduced after such a large ammount of research. 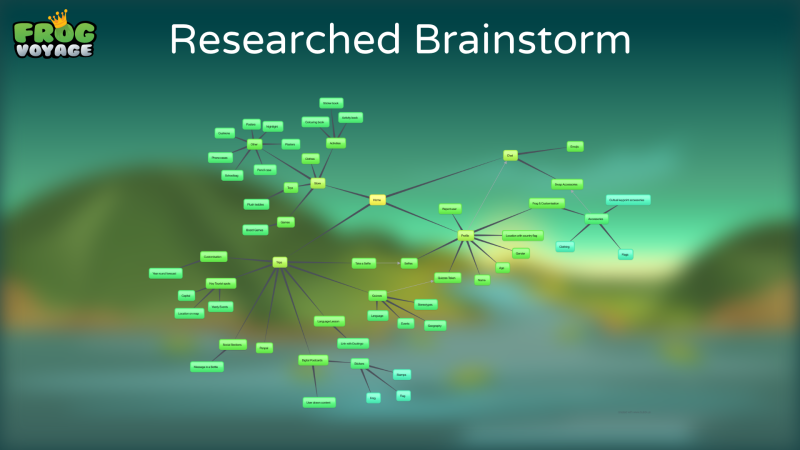 I was able to use this research to not only create this brainstorm but also, effieciently create a large user journey as it is here I was able develop the site map and recognise the steps required to partake in any given activity on the website.

This meant in my designs I was able to create a working model of how the user would experience a country and the different functions. All that would be required after this is a content management system, which would allow me to add the next 20 countries required to finish the design. There are 5 frogs, with 15 different colours meaning 75 colour variations. 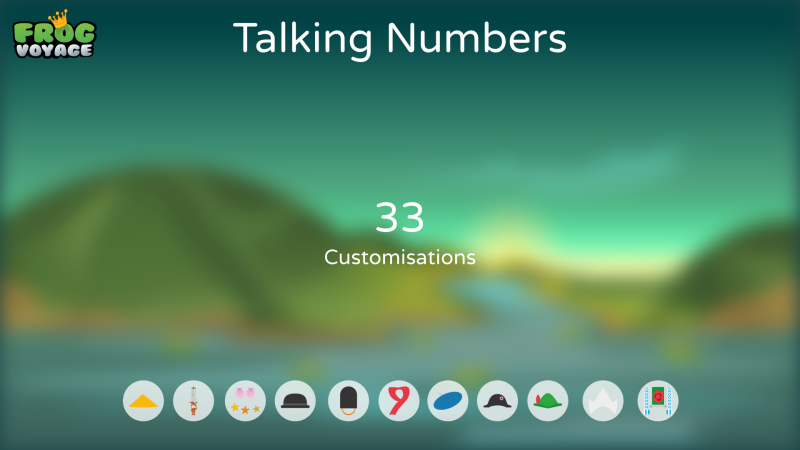 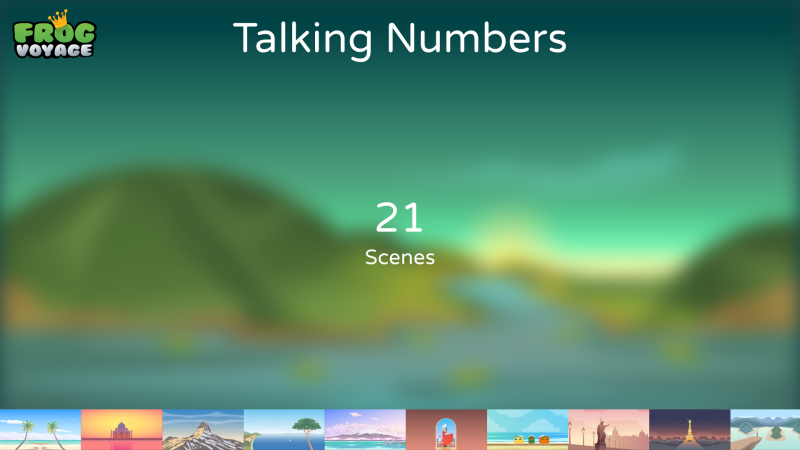 I managed to ask someone from my target audience for feedback about my project, these are the comments that she gave me. Finally once the design was completed and i’d got feedback on my designs, I was able to approach some web design agencies that offer investments in startups, with one of the prominent ones being Work & Co.. 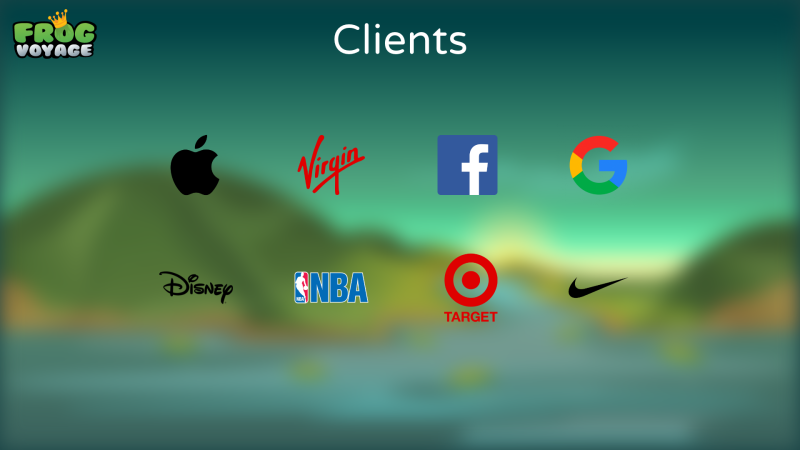