Since 2007, Apple has changed the size of the screen on the iPhone. The first two iPhones had a 3.5-inch screen with a 320×480 pixel resolution. 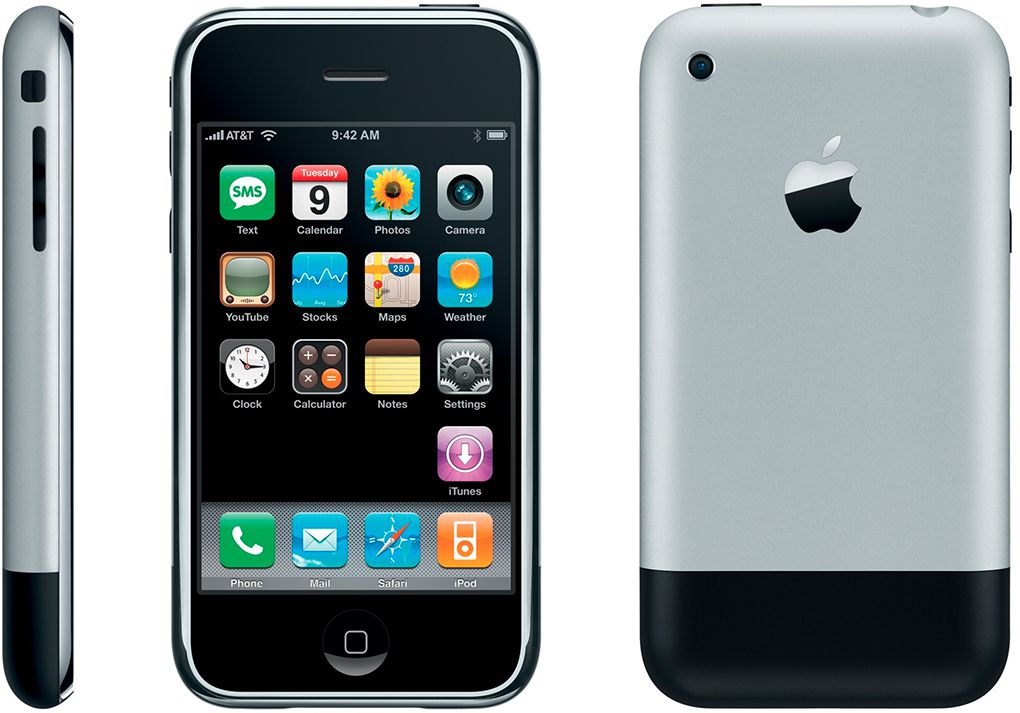 The iPhone 4 changed the resolution boasting a new ‘Retina Display’ at a 960×640 resolution;

The iPhone 5 changed the screen once again to better suit widescreen content. The screen was now 0.5″ bigger at 4″ with a resolution boost up to 1136×640.

So with Apple being so happy to change the screensize and resolution of their iPhone, it is quite possible that they will opt for edge to edge display completely removing the bezels and making a much sharper looking phone. Like portrayed in this mockup;

Or could they follow in the footsteps of the Samsungs Galaxy S6 Edge which sees the screen wrap around the edges to give more immersive experience;

There is also proof that Apple has considered changing the design with this patent it owns.

Another Idea is that instead of using the aux port instead it would use the lightning port which would also mean higher quality audio, something that it’s music service could easily provide. This is something Apple alreadly supports and there are few companies that provide this tech to consumers, Philips is one example.

This makes sense too as Apple made an $3.3 Billion acquisition of Beats by Dre in 2014. A company famous for selling headhones, most of which are wireless are now wireless, a change that has happened since the acquisition. The last thing to consider is would Apple would really do this? I believe the answer is yes Apple as they are famous for adding new technology to their devices and removing the old. Apple was the first company to remove the floppy disk drive from the computer and introduce usb to the masses back in 1998 with the first ever iMac.

Then they decided that removing the Firewire ports and CD Drive would be best for their users CD’s were no longer needed when they released the iMac in 2011.

for the lightning port in the iPhone 5;

Phonebloks is a company that are “trying to change the way electronics are made in order to create less waste”. They believe that phones should be modular and that people are able to add and remove different things to their phone based on customisation. It can be seen here;

While this is a brilliant idea that not only saves the planet and puts the power back in the users hand, it is unlikely of Apple to put this in the phones that the consumers will buy. The reason for this is that they like to maintain complete control over their devices.

On the other hand Google has funded Project Ara which is a modular built phone due to become available to consumers in 2016.

Since the very first iPhone the home button has always been an important part of the user interface. This is something that could change in the future. With the invention of new technology  like 3D touch there are new methods to communicate with the screen therefore removing the home button and creating a gesture is something that could easily happen.

and this patent shows how it could effect the UI;

3D Touch is a technology that apple has implemented into it’s currently generation of iPhone to add a new dimension to the user interface. It now means there are three levels of force that can be applied to the screen that will offer the user a different experience, these are a tap, gentle press and hard press. A great video explaining it is below.

There is also technology researched by Disney to complement the 3D touch that would give tactile feedback to the user based on what was on the screen. This means the device could imitate the feel of an object and bumps and can also add resistance to the screen.

Haptic Feedback is something Apple have alreadly implemented into the iPhone to allow the user to understand when they have pressed harder for the 3D touches. This is just the beggining, using 3D touch more thoroughly throughout the operating system and creating different ways of doing things using these techniques will change the way people interact with their phones forever.

Using a phone as a key

A very interesting application of the smartphone could be to allow it to open doors using a provided the user scans it’s finger on the fingerprint scanner.

This is a great idea because it means that you could give family or friends access to your house by selecting them from your phone, it would allow you to moniter which doors are open/closed and who has been in the house and when. It would also be a great way to know if anyone is home or not.

Considering someone may possibly be able to access a house if they steal someone else’s phone, security is definitely an issue but the fingerprint reader on the iPhone would ensure no one but the user could access the house.

There have been a few  attempts at this, but none being so secure with such possibilites, you can see one example here;

This is something that is very likely to happen as Apple have alreadly begun to explore within key access using the iPhone and hotels, especially since Apple introduced a way to pay using your phone which uses NFC (Near Field Connection), this isn’t a huge step compared to what they have alreadly acheived.

One of the biggest problems Apple has as it strives to make an ever slimmer iPhone is the size of battery. This is one that even Apple itself has recognised by releasing what has been dubbed the ugliest product apple has ever made, the iPhone charging case.

This would open the market to all sort of commercial possibilities, anywhere where you are able to sit for a long period of time could have a table with wireless charging available. This would change coffee shops, cafes, cinemas, driving, airports and public transport experiences forever. It would mean that the user could drive more sales in these places, because it is possible that the user may notice their phone low on battery so they decide to go and get a coffee while they give their phone some extra juice.

This also would relieve pressure from the phone makers, who could then continue to strive for the best design and better technology within their phone without having to put so much thought into battery drainage.

This is something that has already started to take effect, Starbucks announcing in June 2014 that between then and June 2017 it would roll out 100,000 wireless charging pads in it’s stores. But instead imagine the entire coffee table that was a charger and could charge multiple phones placed upon it. That would be, in my opinion, a gamechanger.

A wider rollout would see computer desks in offices keeping its users phone fully topped up while they work.

The apple iPhone is currently water resistant but only unofficially after people on YouTube have tested it underwater, and it has lasted for longer than 5 minutes, you can see an example of this here;

To add an official sign of approval for using phones underwater by Apple would give users the confidence to take their phones under the water with them. This opens a whole new category for users, such as underwater videos and photography and also as a tool for divers and surfers alike. Something Apple have shown in their advertisements before as can be seen here;

LG have created a working prototype of a OLED display that can be rolled up ‘like a piece of paper’, this is huge for future products that will be able to have bendable displays. The device made it’s first ever appearance at CES 2016. This is a great piece of technology that could definitely have its purposes. You can see a it below in this image;

Electronic paper is an interactive technology that looks similar to paper, something that can be touched like a normal touchscreen, the benifits of this is that it can be as thin as paper and have an interactive screen, the downside is the fact it only displays in 16 shades of grey and white. This is not something that can be used in phones that challenge colour screens but is definitely an interesting space to watch. There is one example of a phone that uses this technology to add an additional screen to it’s back. It’s a great looking phone that you can see here;

In my essay I want to consider the future of the Apple iPhone, where I believe it currently fails and also stands above other devices on the market. I would like to research what the future could hold for such a device, and use the history of apple and some really interesting blue sky ideas that have been researched and developed by large tech companies to see if I can predict what the future of iPhone really holds.

I would like to title my essay “The future of iPhone” and over the next few posts you can read the research going into the essay.